In 1923, Louisville, Nebraska was having a wild weather summer.

In late August, the town survived a “baby Twister” that “wreaked its vengeance in one part of town and a block distant no damage was done” (The Courier, Aug. 31, 1923).

The town’s paper, The Louisville Courier, reported: “The band stand at the baseball grounds was wrecked and loose boards flew about promiscuously, yet strange to relate no one was injured” (Aug. 31, 1923).

During the same storm, five head of cattle died from lightning and “one of the oldest land marks in town, the Burlington windmill, was so badly damaged by the storm that it will be torn down.”

Both this article and an article talking about Charles Lau’s “Good Stand of Wheat” mentioned the dry conditions plaguing the area. 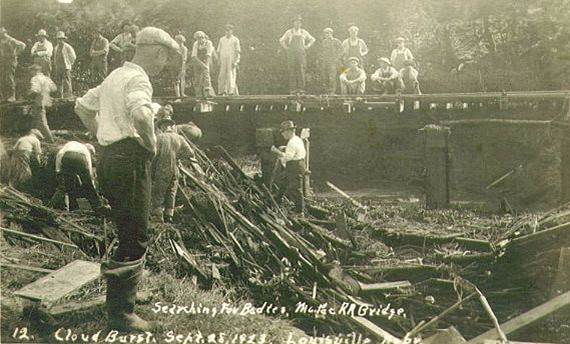 Rain fell in a torrential downpour for most of the day. Debris began piling up against a bridge south of town and backed up the water in Mill Creek, which flows from south to north through Louisville.

The first notice of danger came from water pouring through the doors of a house near Mill Creek.

William McCarver, who had gathered with family and friends after his mother’s funeral, snatched up his two sons. His brother-in-law Alfred Laird grabbed his own daughter, and they rushed the children to a neighbor’s house to safety before returning for the other members of the house – including both their wives, McCarver’s brother, an aunt, a neighbor, and five other children. Seconds after the two men entered the door, the house began to move. Floating timbers, trees, and buildings coupled with the near-darkness prevented neighbors from going to the rescue. 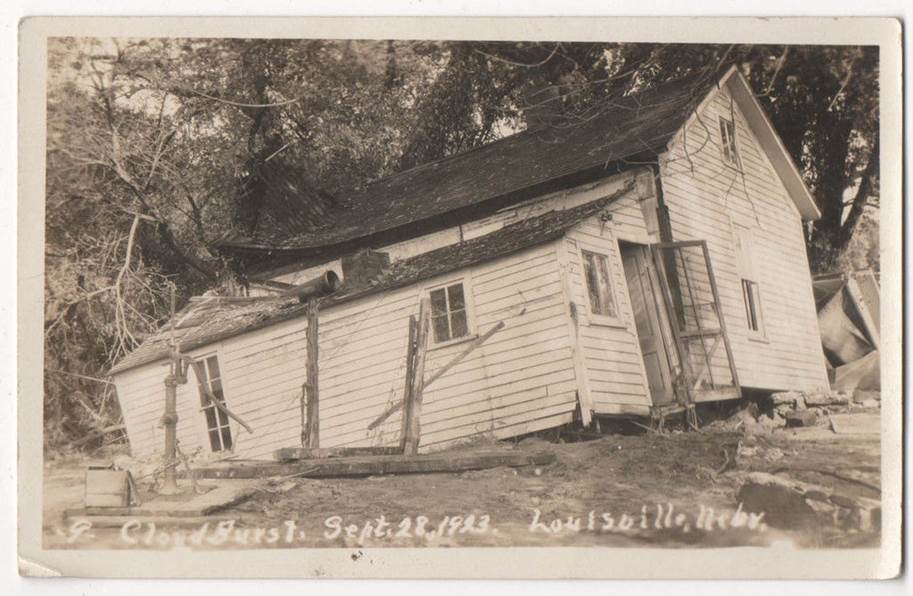 Onlookers were not sure if the occupants drowned or if the trees and debris crushed the house. All twelve of the house’s inhabitants died. Two of the bodies were never found.

The Courier writes, “The unfortunate people were well known in this town and were highly respected and had many friends…the town and all the neighboring towns have spared no effort to search for the bodies not yet recovered and have worn themselves out in their disappointment. We can only trust to time to reveal their resting place” (Oct. 5, 1923).

Many of Louisville’s residents lost belongings or their entire homes. Mr. Fred Shelhorn was “negotiating to purchase this place but feels now that he would not care to own a home so near the water” after his house was broken in two. One story tells how three young boys swam to higher ground, miraculously missing the debris that was just as dangerous as the flood waters. The Courier writes, “fortunately all the boys in Louisville are good swimmers, having learned in the sand pits here and the little fellow swam right along behind his brothers” (Oct. 5). Another older couple refused to be rescued when the water was waist-high because “they were nervous about leaving their home and hardly thought it would get worse.” The water filled their house, and Mrs. Schoeman, aged 75, climbed to the top of the furniture and waved lit matches out of the window until a group of boys saw and rescued her and her husband.

The Dehning family also had a close escape. Mr. Dehning left work when the flood began, but the roads were covered in water. Desperate to reach his family, he crawled along the railroad tracks only to find the street he lived on to be dark and impassable. He “had about given his family up for lost. It seemed impossible that they could have survived such a rush of water…” Meanwhile, his wife, three-year-old-son, and sister had left the house when the waters began to rise. On the way, “Mrs. Dehning was carrying her baby and was struck by a floating telegraph pole and knocked down and how she ever got up is more than she can tell now…” The family reached the safety of higher ground and was reunited with Mr. Dehning later.

A freight train was stranded on the washed out tracks, but “turned on their headlights for the rescuing parties and this was all that made it possible for the rescuers to enter the raging waters.” One woman was rescued from the attic of her home along with her two young sons.

Many residents gathered in the Drake Hotel, which had a higher foundation than many of the other buildings. This is also where The Courier editor and his wife took refuge. He writes, “The beating rain, the rush of the water around the corner of the hotel and the crashing of floating timbers and wreckage made a sound of destruction that cannot be described and this together with the fear of what was taking place on the lower land and the danger of the collapse of the hotel, because of the cellar full of water and the rush of the flood against the building – all this has be experienced to be fully appreciated.”

During the entire flood, Marjorie Twiss and Lydia Pautsch, the town’s telephone operators, remained at their posts nearly all night and were later lauded as “a couple of heroines” for their work. 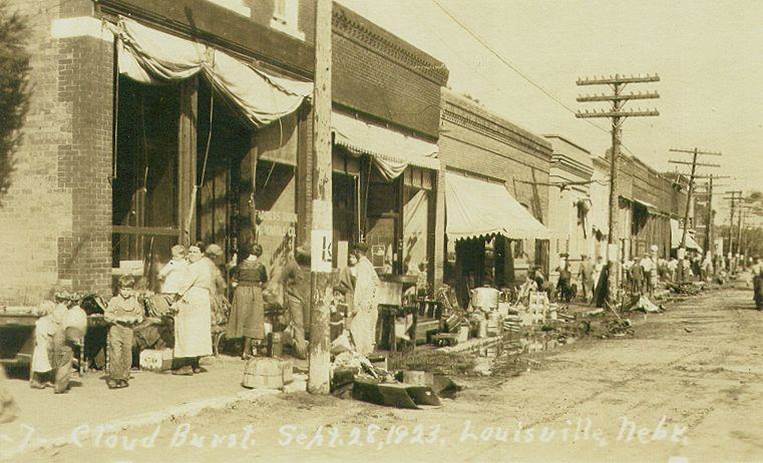 Another remarkable detail is the way this disaster brought previous residents streaming back to the town to visit friends and relatives. The Courier ran an entire page of “personal paragraphs” detailing all of the visitors and their activities, many of whom arrived “to spend the day with old friends and neighbors and express sympathy for them and to look over the wreckage of the former homes here carried away by the flood waters” (Oct. 12, 1923). Businesses ran ads in the paper expressing their sympathy, and a grocery store was still running a “flood sale” until October 19.

Unfortunately, thefts were reported along with the reports of bravery and generosity. The Courier writes, “Special police have been put on and night watchmen patrol the stricken district and thieves will be dealt with as they deserve if apprehended” (Oct. 5, 1923).

In addition, The Courier reported on October 19 that “no more money is needed for relief. Unsolicited by the people of Louisville, funds have rolled in from all sources in amounts from $1 to $500 for the sufferers from the flood…” The Courier later became a lost-and-found of sorts, even publishing photos that had been found in the debris and turned in to the office (Oct 12).

In the issue after the flood, The Courier called the event the “Greatest Calamity in History of Louisville – Sudden Flood Kills Twelve and Carries Away Homes as if They Were Leaves.” Along with its detailed coverage, it was also somber and philosophical in tone:

“Last Friday night’s storm demonstrated the helplessness of man against the unconquerable elements of wind and water.”

Kylie Kinley is the assistant editor for publications at NSHS and is an editor for “Nebraska History,” a quarterly magazine that explores Nebraska’s history and culture. 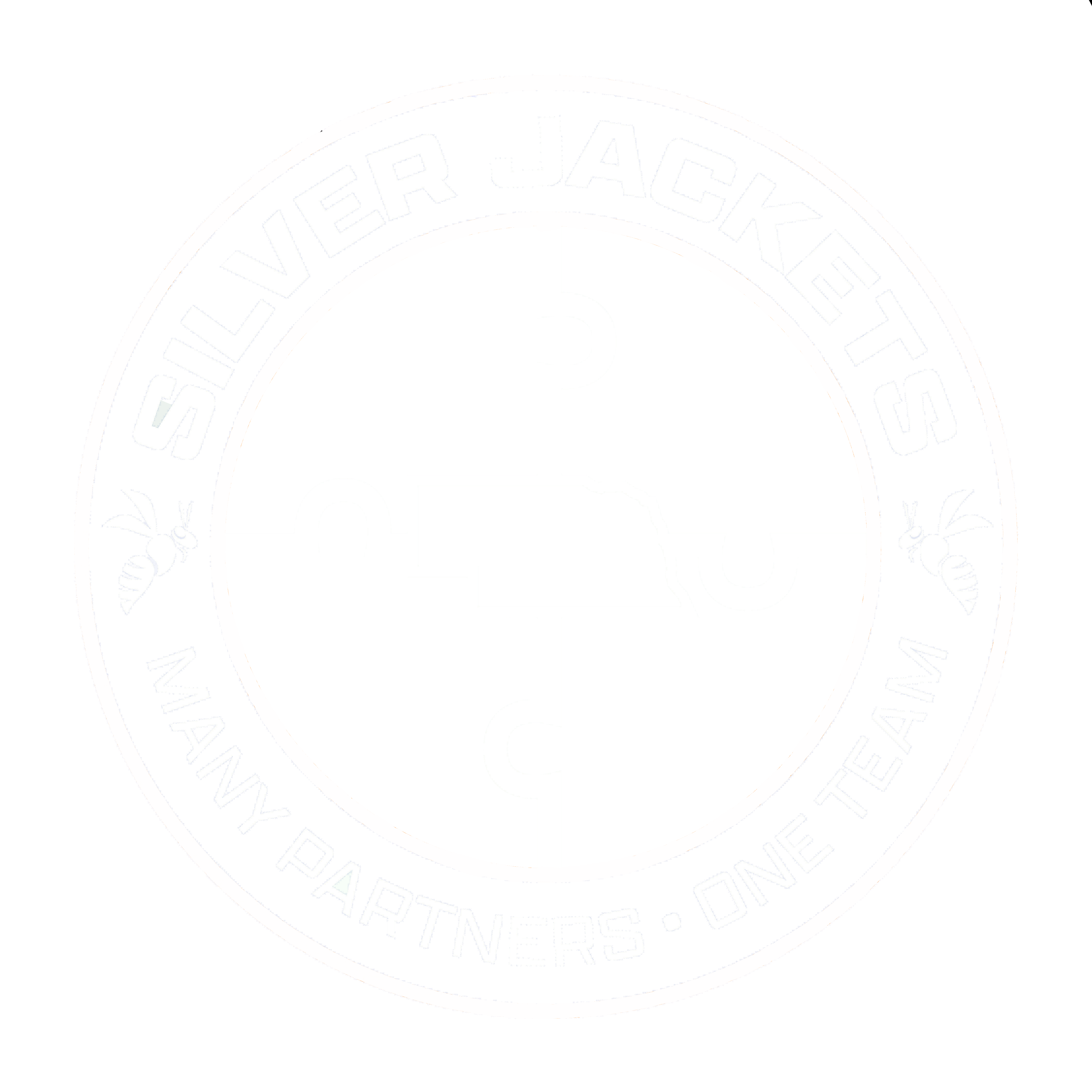 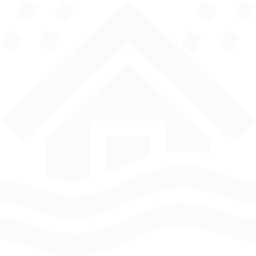